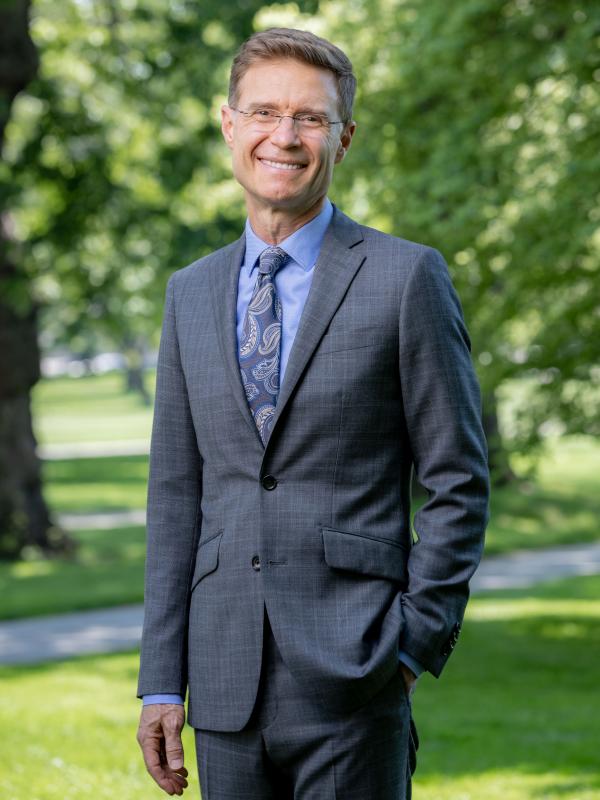 Scott A. Jones is professor of music and associate director of Bands in the School of Music, and director of the Lawrence and Isabel Barnett Center for Integrated Arts and Enterprise at The Ohio State University in Columbus, Ohio. His primary teaching responsibilities include conducting the Symphonic Band and leading the undergraduate conducting curriculum. Jones is the founding director of the Youth Summer Music Programs at Ohio State which, during his decade of leadership, connected several thousand school-age students from across the country with the School of Music, its faculty, and university.

A deeply collaborative musician and educator, interdisciplinary partnerships frequent Jones’ teaching and creative work. Collaborative partners with ensembles under his direction have included visual artists, composers, folk artists, the literary arts, digital media, dancers, and choral ensembles among others. One such project in 2019 joined the Ohio State Office of Diversity and Inclusion, executive producers of the documentary Emanuel, American composer James Stephenson, and the musicians of the Ohio State Symphonic Band in a performance of Stephenson’s composition there are no words. The composition honors the victims of the shooting at the Emanuel AME Church in Charleston, SC in 2015.