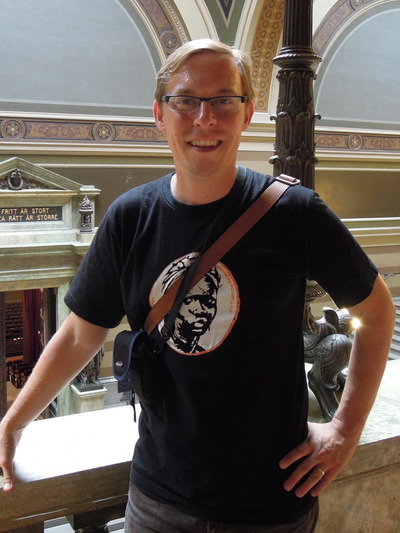 Associate Professor, Musicology, Department of African American and African Studies and the School of Music

Ryan Skinner is a musical anthropologist who studies the expressive cultures and social worlds of contemporary Africa and its European diaspora, with extensive fieldwork conducted in Mali and Sweden. Specializing in the analytic methods of cultural anthropology and ethnomusicology, Skinner’s research focuses on issues of popular culture, ethics and aesthetics, public piety, cultural policy, intellectual property, racial identity and politics, and new social movements in the African world. Skinner’s scholarship has appeared in such journals as African and Black Diaspora, Africa Today, Research in African Literatures, Anthropological Quarterly, Africa, IASPM@Journal, Popular Music, and Mande Studies. He is the author of Bamako Sounds: The Afropolitan Ethics of Malian Music (University of Minnesota Press, 2015), an ethnographic study of the popular music, postcolonial history and public culture of Bamako, Mali.

Skinner is currently completing a new book, titled Yellow, Blue and Black: Remembering and Renaissance in Afro-Sweden. This research examines the social history and public culture of an emergent Afro-Swedish (afrosvensk) community. Rooted in contemporary Sweden and routed throughout Africa and its diaspora, Afro-Swedes are part of a growing Black presence in contemporary Europe, the product of multiple patterns of transnational mobility — including tourism, adoption, migration, refuge, and asylum — over the past seven decades. Through ethnographic inquiry, textual analysis, and historical study, this work explores understandings and expressions of Afro-Swedish identity in the public sphere, with a particular emphasis on the performing and visual arts. This research has been generously supported by grants from The Ohio State University College of Arts and Sciences, the American Swedish Institute, and the American Scandinavian Association, as well as an ACLS Charles A. Ryskamp Fellowship.

Skinner serves as director of Undergraduate Studies in the Department of African American and African Studies, and is a member of the University Senate. He holds affiliations with the Departments of French and Italian and Germanic Languages and Literatures.